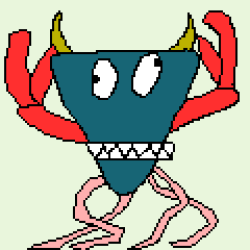 What is Zorin OS?

Zorin OS is an open source operating system based on Linux Ubuntu which is widely claimed to be an alternative to Windows and Mac OS. Zorin has similar UI to Windows and Mac OS and that makes it easy to use even for new Linux users. Zorin also equipped with an application that allows users to run Windows programs that make windows users adapt easily. This is in line with the goals of this distro, which is to provide an alternative from Windows to Linux and to allow Windows users to enjoy Zorin’s features without any problems with higher security. In this article, you will learn how to install Zorin OS on any computer.

Zorin OS has pretty low requirements so that it can be installed on old computers.

Zorin OS comes with all the apps you need and allows you to install Windows apps with Windows App Support feature through the Wine compatibility layer. Easily download the .exe or .msi installer, right-click on it, and select “Install Windows Application”.

Zorin OS loaded with NVIDIA & AMD Radeon graphics drivers and game optimizations, also natively supported by Steam, Lutris, and other sources so you can play your favorite game comfortably.

Before getting to the installation, you need to :

BalenaEtcher is used for flashing the operating system into your USB flash drive. You can download it from their official website. Here is the link. (Go to : https://www.balena.io/etcher/)

USB flash drive here is for making a bootable drive, you need different capacity for different version. At least 8 GB flash drive for Pro and Educational version, and at least 4 GB for Core and Lite version.

Note that you will need to backup the data in your flash drive, because it will be formatted in upcoming process.

It is optional but we recommend you to do so.

In this example, the Core version is used as it is meet our needs.

How to Install Zorin OS

After your Zorin OS and balenaEtcher is downloaded, now you can continue flashing your Zorin OS to your flash drive. The steps are basically the same for Windows, Linux, and Mac. Here is the steps :

You can select “Try or Install Zorin OS (modern NVIDIA drivers)” if you have a modern NVIDIA graphics card in order to boot and install with the official NVIDIA proprietary graphics drivers.

Here are some sneak peek of successfully installed Zorin OS